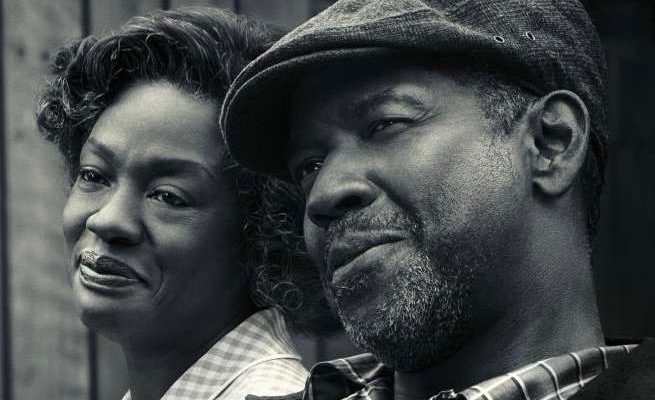 “Fences” is a film with a powerful message, but it also eats at you because of the heavy subject matter. After the long lapses of drawn out monologues by Denzel’s character Troy, we start to unveil the hearts of the other central characters, such as Troy’s humble and assertive wife, Rose (portrayed flawlessly and poignantly by actress Viola Davis), their brave, bold, and endearing teenage son (portrayed by talented Jovan Adepo), Corey; Troy’s mysterious and distant son Lyons (portrayed by Russell Hornsby), and the stellar performance of mentally challenged Gabriel (portrayed by Mykelti Williamson).

What I loved most about “Fences” was its heart. Behind every scene of elongated confabulation, there is heart and intention. There are a limited number of main characters, which is one of the greatest strengths of a film like this. “Fences” is not a film about baseball, and it’s not about racism or politics. Based within only walking distance of the film’s opening scene, “Fences” takes the heart farther than the eyes, capturing the spirit with the challenge of the family drama, focused on the message of the veracity of character, and the loyalty of blood.

In past movies, Denzel has seemingly adhered to his pro bono work of a classically laid back fellow, sauntering without worries. In this film, although there is still a strong undertone of Washington’s past performances, Denzel provides a stark new facet of himself—the broken heart of a man who’s sacrificed his life for family, and in so doing, destroyed himself over the course of his family’s lifetime. There is an extremely sentimental backdrop of character-development that I deeply appreciate about this film, mostly in the respects of Denzel and Viola’s work as a married couple fully encompassed in the heart-wrenching pain of time and secrets.

Viola Davis’s talents are golden and brilliant in her portrayal of Rose, whose heart is emboldened with loyalty, promise, and the subtlety of hope. Undoubtedly, her scenes with Denzel are worth the price admission by themselves, truly revealing the broad scope of her daring ability to be vulnerable and emotionally resilient, and held strong by a heart left to fend for itself by the convolutions of this world.

I was amazed and impressed with Mykelti’s touching portrayal of Gabriel, the mentally challenged brother of Troy. With a heart of gold defined by faith, his character is the most refreshing, yet causes the most pity due to his condition. His dialogue and inflection imitate his reality, as he causes a genuine smile and a sigh of sympathy.

The pertinent and extremely real theme of “father and son” is incarnated here, brought to the light with painful precision by Denzel and Jovan. Their scenes together are by far some of the most emotionally tense scenes between any father and son in any movie, with the battle of time, culture, and prejudice weighed against them both. Matched with the scenes of Troy and Rose, these scenes build up to create an array of poignant, satisfying scenes of emotional exhaustion; refined with the reality of familial atrophy, distance, and the weight of living under the roof of a God believed to be assigning turmoil with punitive judgment.

Truly, this isn’t even a film only about family; this is a film about faith—where the image of God is clearly distorted, misunderstood, and dramatically misinterpreted by the lies of the world and the deviations of equality. Though this is not a film about racism or prejudice, these themes are implied throughout and utilized as a means of allowing the audience to understand the context of the world these characters live in. The real message sneaks behind every argument between Troy and his various family members throughout. The heart of “Fences” lies in these dialogues, the message carrying itself into the instrumental score of the credits.

Though the introduction can feel tedious for a good half hour (unless you enjoy hearing dialogue about baseball and alcohol), the central story does eventually pick up and become the central focus of every conversation. This is where the movie’s ingenuity is ignited.

This film is rated PG-13 for thematic elements, language and some suggestive references. There are about three references to sexual conduct dispersed sporadically this film; quick and brief, yet still adult-only when understood in context. Most of the purpose of the rating is due to the drama of the altercations throughout the movie. This film centers on the strained relationship between a husband and wife, and a father and son. These themes are emotionally heavy and can be taxing. Children under 13 will likely misunderstand what is happening, and therefore would not take anything useful away from this. Adults will appreciate the honesty and rawness of the actors’ performances, but children will likely get confused and distraught. I would highly recommend this film for its vulnerable performances alone, and its strong message about family.

I give Fences 4/5 stars. If you like what you’ve read here, would like to read more, please follow this blog, and please share this with anyone. You may also find me my Facebook page at Lance Price Blog, Twitter at LancePriceBlog, Instagram at lancepriceblog, Pinterest at LancePriceBlog, or on Tumblr at lancepriceblog. Feel free to leave any thoughts or feelings regarding this article in the comments below, or write me privately using my Contact page. May God bless you, readers!

This site uses Akismet to reduce spam. Learn how your comment data is processed.

Turn It Up Tuesdays